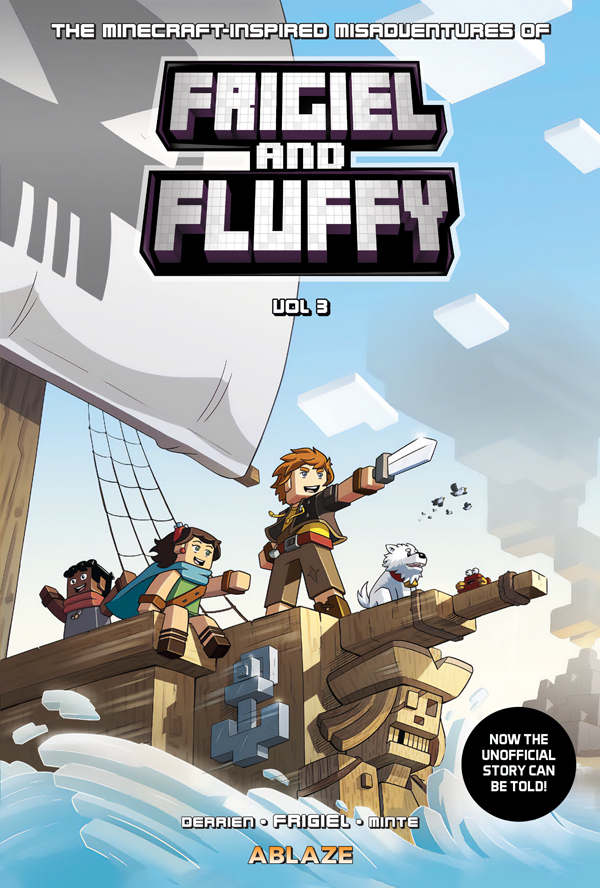 The continuing adventures of Frigiel & Fluffy, heroes to their millions of fans on YouTube! These new adventures, taken from the Minecraft universe, are co-written by Frigiel himself, and are sure to appeal to fans of all ages, and of course, Minecraft!

Featuring Frigiel, the brave sorcerer's apprentice, ever-ready to give his all for his friends, who dreams of one day becoming a true adventurer. And his faithful canine companion Fluffy, as cuddly with his master as he is bitey with the bad guys! Vol. 3 contains two complete self-contained stories "The Lost Island" where Frigiel and his friends thirsting for adventure decide to uncover the mystery of the Farlands but end up stranded on a lost island and "The Herobrine Manor" where they must try to survive all night in a haunted mansion! Plus bonus material.