MIRKA ANDOLFO's UN/SACRED IS THE FUNNIEST, SEXIEST AND
MOST IRRESISTIBLE LOVE STORY EVER PUT IN COMICS!

The extraordinary talent of Mirka Andolfo brings to life a Heaven (and a Hell) full of humor and
lovable characters…coming in November from ABLAZE!

AUGUST 21, PORTLAND, OR – ABLAZE announced today that the company will be publishing Mirka Andolfo’s Un/Sacred in a 6-issue limited series, with issue 1 launching this November. A collection of the work will be published next year in trade format.

Mirka Andolfo has proved herself to be one of the industry’s most talented and prolific young creators in recent times. Her latest project, Unnatural, published by Image, was released to critical and commercial acclaim. She also recently announced a new project called Mercy that will be launching later this year, in cooperation with international publishers Panini and Glenat, which will also be published by Image.

In Un/Sacred, Angelina, a voluptuous angel, and Damiano, a mischievous devil, are madly in love. But, while she does not intend to give in to temptation, he would very much like to... This is the tale of their bizarre and spicy daily life!

Mirka Andolfo said: “I'm excited to see Un/Sacred published in the United States! I'm still very attached to this book, my very first experience as a creator. I hope that American readers will enjoy the strange adventures of Angelina and Damiano! And I'm very grateful to ABLAZE, which strongly wanted this project!”

Rich Young, ABLAZE VP Creative/Business Development added: “I’m thrilled that ABLAZE is publishing Un/Sacred…it’s such a fun book, and Mirka’s art is always candy to the eye! She’s got a style and flair all her own…and her star keeps shining brighter every year with each new project she takes on.”

Mirka Andolfo’s Un/Sacred #1 will be solicited in the Sept 2019 issue of Diamond Previews for Nov 2019 shipping items, with an on-sale date of 11/13/19. Issue 1 will feature cover art by Mirka Andolfo, as well as all new covers by Lorenzo De Felici and Elias Chatzoudis. Retailers can reach out to Diamond or ABLAZE regarding special offers and promotions for the series, including retailer exclusive covers.

For updates, previews, and details on upcoming titles from ABLAZE, visit http://ablazepublishing.com/ and look for Mirka Andolfo’s Un/Sacred #1 at your local comics shop November 13th! 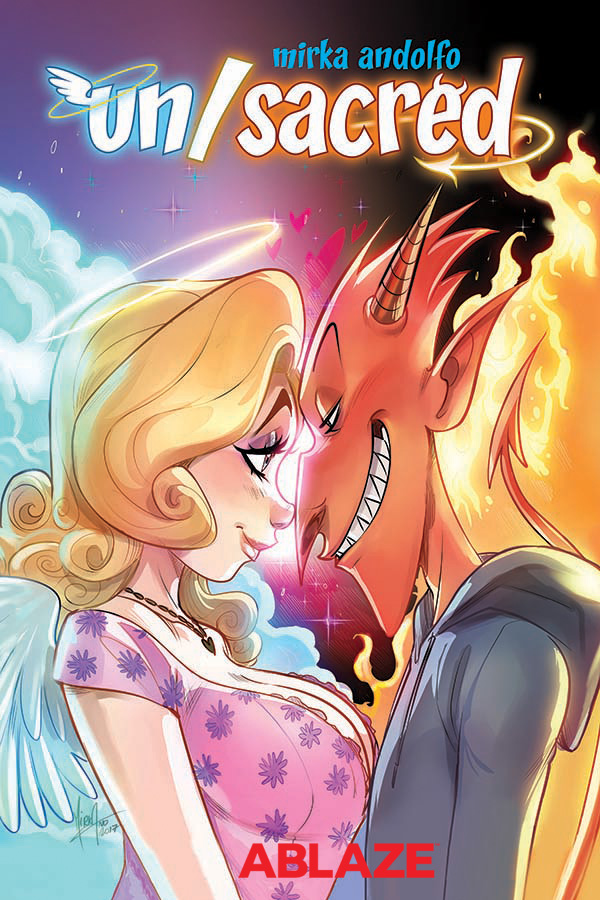 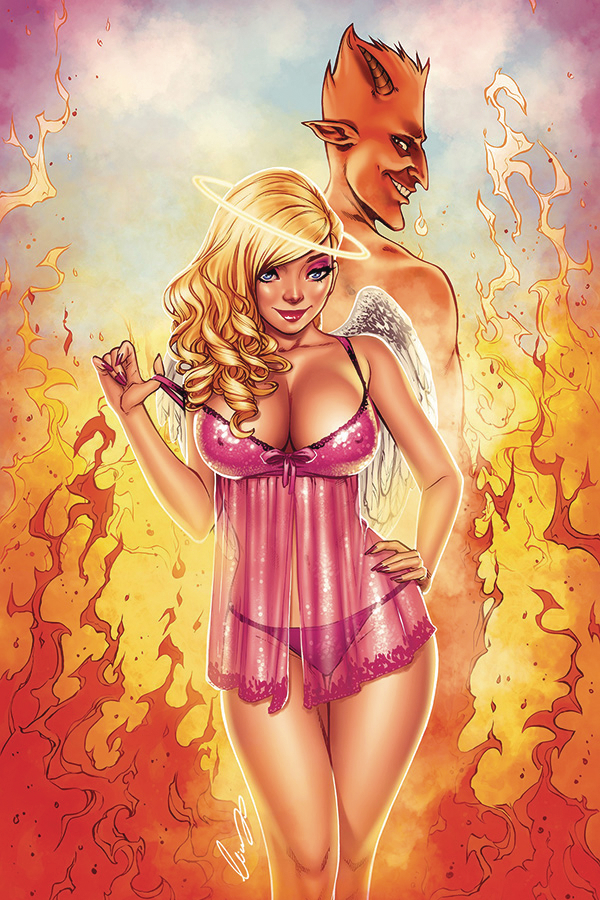 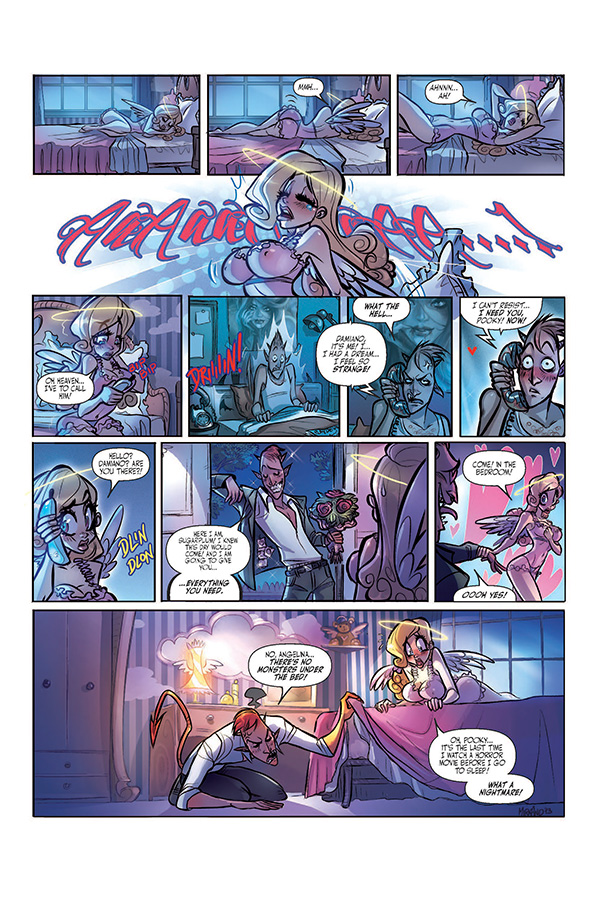 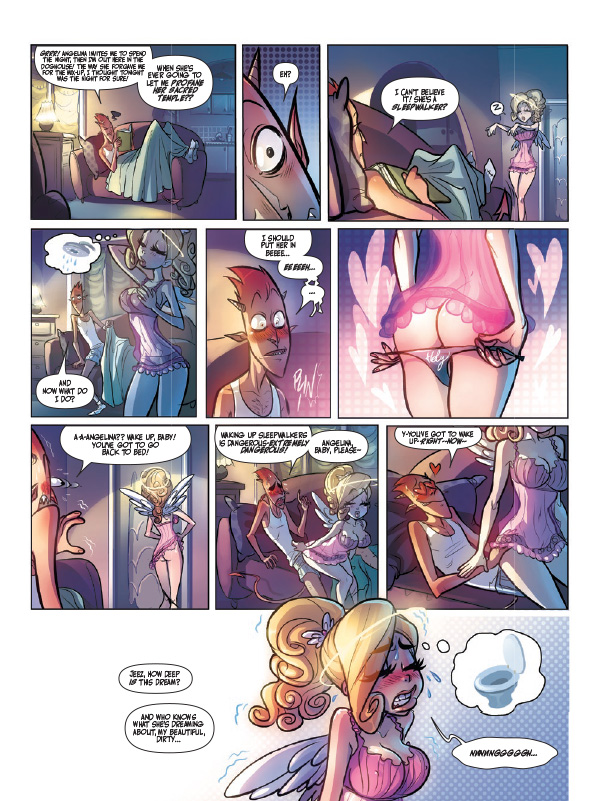 Get in touch with ABLAZE: info@ablazepublishing.com

Italian artist and writer Mirka Andolfo has been collaborating with DC Comics since 2015, having lent her pencil for titles such as Wonder Woman, Harley Quinn, DC Bombshells, Teen Titans, Catwoman, R.W.B.Y. and others. Together with writer Sylvain Runberg, she is also creator of The Under York Chronicles (Glénat). Her book ControNatura is one of the most successful Italian series of the last few years…published in the U.S. by Image Comics under the title Unnatural. Mirka also wrote stories for BOOM! Studios (The Amazing World of Gumball) and illustrated two issues of the award-winning Ms. Marvel series by Marvel Comics. As an artist she’s drawn comics for Dynamite and Aspen, as well as some issues for Vertigo and DC’s Young Animal, and worked on covers for DC, Marvel, Valiant, BOOM!, Aspen, Zenescope, and more… You can reach Mirka on her social media channels.

The mantra of ABLAZE is quality first, with the goals of giving creators a platform, bringing new voices into the conversation, serving as diverse an audience as possible, and growing the company’s publishing schedule sustainably over time.